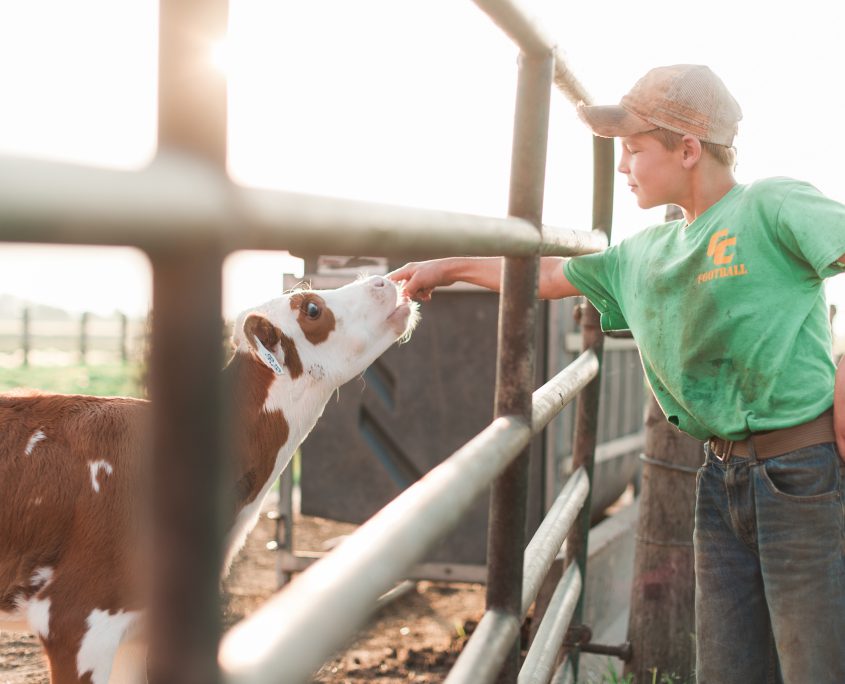 In 1931, farmers in the Dimock area came together to form Dimock Dairy, which is South Dakota’s oldest creamery still in operation today. Originally, Dimock Dairy was a Cooperative and at one time, over 120 area farmers brought their milk to the dairy. One of those area farmers was Henry Munterfering. Following in Henry’s footsteps were his sons, Elmer and Mike, as they both also brought their milk to Dimock Dairy over the years. The ownership of Dimock Dairy is still in the the Munterfering family along with several life-long friends from the community.  Mike and his son Drew have made it their goal to keep Dimock Dairy a successful business with always keeping their tradition of community, family and quality at the forefront. Drew’s son, Finn, will be the 5th generation of Muterferings who have been involved with Dimock Dairy.  His training now is geared towards taste testing and quality control, but he’ll learn the other aspects of the business the same way his dad and grandfather did before him.

The process used in 1931 to produce their hand-crafted products has not changed much over the years. Just like in 1931, Dimock Dairy still uses premium ingredients as well as locally sourced milk to produce all of their cheese. In a year’s time, Dimock Dairy goes through roughly 3.6 million pounds of milk and produces 360,000 pounds cheese.

Unlike the large corporate cheese factories, focusing on volume of production and specializing in one or two types of cheeses.  Dimock Dairy has remained focused on quality and their hand-crafted process.  Currently making 23 varieties of cheeses and spreads at 1,200 pound batches or less at a time. Varieties range from classic favorites like Cheddar, Colby and Monterey Jack to original recipes like Salsa, Black Pepper and Ranch.  They also offer several options for the more adventurous like Chipotle, Horseradish and Ghost Pepper.

Yes! We use milk that is from cows not treated with rBGH.

It sure is! Gluten is a protein composite that appears in foods processed from wheat and related species, including barley and rye. None of our cheese are processed this way.

While we test each load for antibiotics, producers will, as needed, use antibiotics in their cows.

How long is it safe to keep cheese?

Soft cheeses should be eaten soon after purchasing. As a general rule, the harder the cheese, the longer it will remain fresh! Hard cheeses will generally keep for several months, whereas softer cheese will keep from one to three weeks after opening, if stored in an airtight container.

My cheese got moldy. Should I throw it away?

Mold may develop on the surface of cheese. Although most molds are harmless, to be safe, trim until the mold is removed. Then, enjoy!